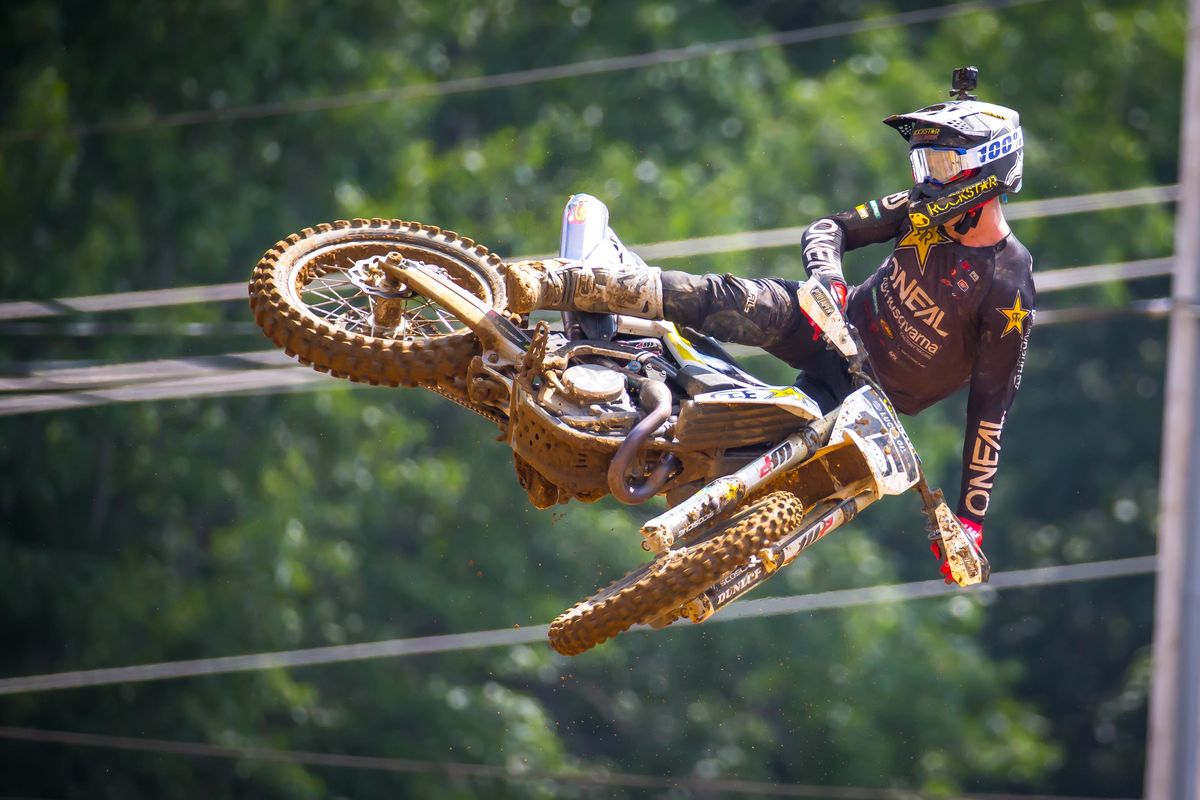 The Rekluse team caught up with Dean Wilson, discussing his move from Privateer to Factory, what he likes about Rekluse, and how he got started racing growing up in Scotland.

Rekluse: It’s been kind of a crazy year for you, doing some privateer stuff, to resigning with Husqvarna – how has that worked out for you?

Wilson: The season started off pretty crazy. I didn’t get picked up by a team after recovering from two torn ACLs. I had to do it on my own. I came into the first round and led for 15 minutes and ended up losing my goggles and going back to 4th. I put in some more solid rides, and next thing you know I’m back on the factory Husqvarna team. It’s been going really well – it was 2 rounds to the end of this Supercross season and unfortunately we had a little bit of a mishap that put me down, I injured my shoulder. A lot of the summer was spent rehabbing my shoulder trying to get back and catch these last 6 [Pro Motocross] Nationals. The shoulder wasn’t completely ready to be out there, but I knew I had to be out there and get some seat time in. Because if I would’ve missed outdoors again, it would’ve been 2 years in a row I’d missed. So each week it’s getting better, but it’s just a bit of a healing process now. The goal for me is to be healthy and have a great off-season and focus on 2020.

What was the experience of being a privateer like, bringing your dad along? What’s the differences between privateer and Factory racing for you?

My back was against the wall before the season, and I didn’t have an option but to do it on my own. Husqvarna gave me a bit of help, Rockstar was really supportive, as well as sponsors like Rekluse. I had a really good group of people helping me. My dad was a huge help, and my trainer Sam. We all just worked really, really hard. I put my phone down a month, didn’t go on any social media. I was just really focusing on preparing and getting stuff organized. It was a lot of work and a lot of stress. It was tough, but we made it happen and we got back to where we need to be. It’s been quite a fight, but being at the races in a Sprinter and beating a lot of the factory guys is a great feeling, you know? That was definitely the fun part, beating all those teams that never called you back.

It was cool to see you do the Privateer Awards too.

I want to be on the podium, I want to get my first Supercross win. I just want to be in the mix, be in the hunt, just be there every weekend. I feel what I showed this year was the best yet for Supercross, and I just think I need to keep plugging away and believe that I can do it because I feel like my speed got really good towards the end before I got injured. I was qualifying fastest and winning heat races and stuff like that. I got on the podium once. I have a few things I need to work on and I can be up there.

Are you racing any overseas events this Fall?

September 14th I have the Montreal Supercross, which will be a lot of fun. That’s only 2-3 weeks after Ironman. After that we have Monster Cup, then I have Auckland, New Zealand, then the Supercross Open in Melbourne. It’s going to be pretty busy, but I’m going to keep racing and explore the countries and have fun while we’re doing it.

This was a cool year for us to be able to work with you more directly as a privateer. What are you looking for in a clutch at the top level?

I was really happy with my clutch this year. I knew what I was looking for and what I needed, and obviously the Rekluse [TorqDrive Clutch Pack] has done everything that I have asked for. It was a really good feeling because we worked hard on getting a setting that we liked, and I felt comfortable on my starts, which is what’s important. Then we show up at Anaheim really under the radar and pull 2 holeshots, one in my heat and one in the main. That was an awesome feeling, that was really cool. I was stoked. The clutch has been feeling really good. It’s nice to have a setting that I really feel comfortable with.

It was cool to get you on TorqDrive and see the difference from stock and dial in the start performance for you. Has everything continued to work well through the season?

Absolutely, the clutches have been awesome with no problems. Everything is solid, the Rekluse [TorqDrive Clutch Pack] is doing its job.

How did you get started racing when you were younger?

I got started racing from my dad. He bought me my first ever bike when I was 3 when we were living in Scotland. My dad used to race, so then I eventually started racing. When I would race in Scotland, it was always raining and muddy. It rains a lot there. But that’s how I got going, was through my dad.

Do you have a favorite memory of either racing or riding from growing up?

What sticks out is when I first got going. We used to have a field in the back by my house. That’s where I learned the basics and learned how to ride my bike. Me and my sister would be in that field riding all the time. That was definitely where it all started. It was something I loved to do, something I thought was really fun. Now to be able to do it as a job and a living is a dream come true.

For sure, you’re living the dream of a lot of younger riders. Do you have any advice for up-and-coming riders that are trying to get into your shoes?

I think just you obviously have to stay focused and work hard. Just keep plugging away. I see a lot of people that are very talented, but eventually don’t quite make it to the top level because they don’t work hard with their talent. And I see people with not as much talent but work hard and keep pushing, keep plugging away – they end up making it. That’s the difference – people that don’t give up and keep going. I think that’s the biggest thing. Don’t give up and keep working hard.

Do you have any pre-race superstitions or rituals?

Not really. The one I have is that I always wear red gloves, that’s something I have done pretty much my whole pro career.