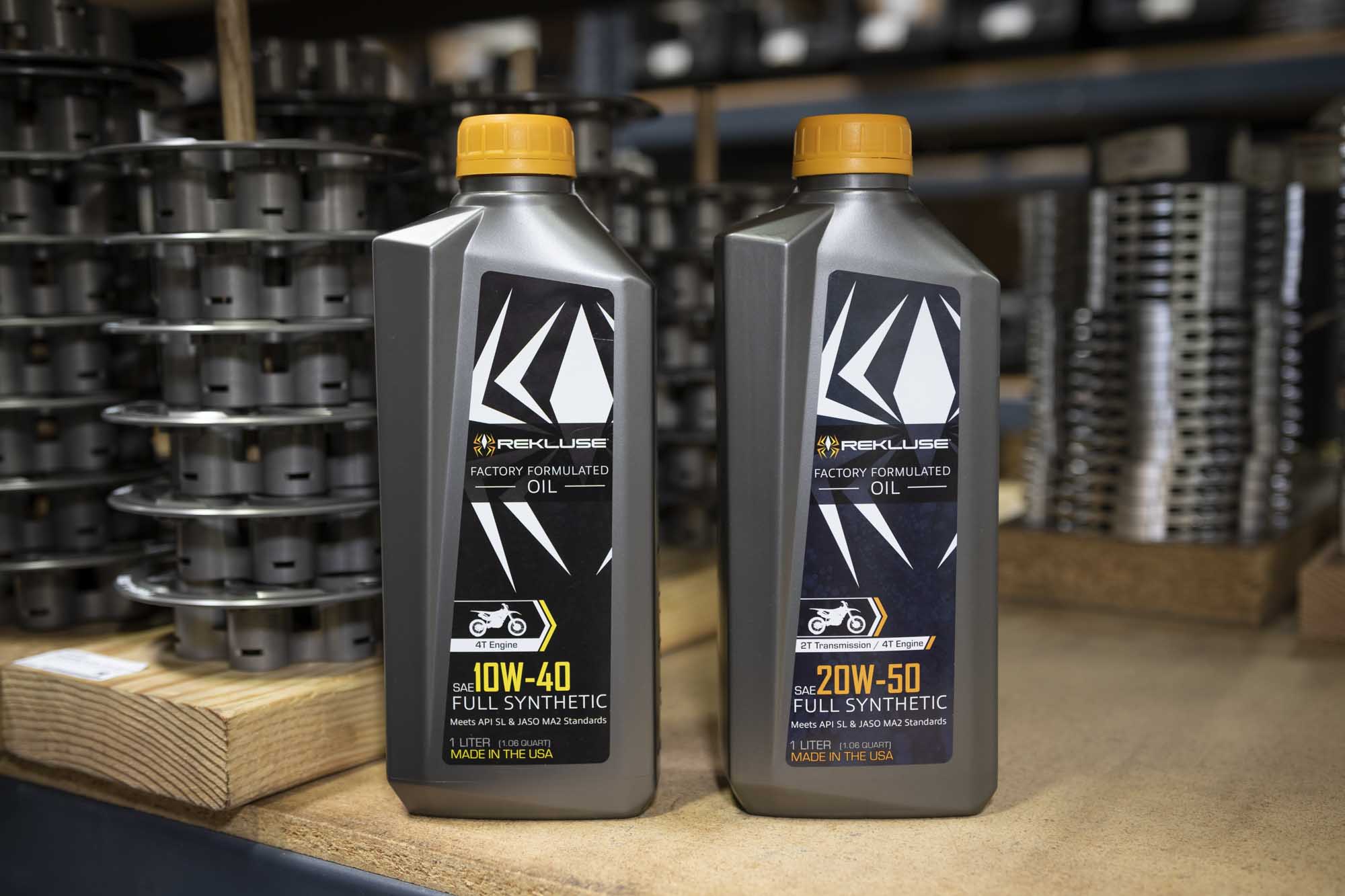 Rekluse recently released their exciting new Factory Formulated Oil line for off-road and V-Twin applications. Here, we dive into the technical details behind the development of this performance enhancing oil.

Founded in 2002, Rekluse has carved a sizeable spot for themselves in a bevy of powersports brands, thanks to their cutting edge automatic and manual clutch systems. It’s only natural that Rekluse would delve into the scientific world of engine oil, given their stake in engine internal products geared toward performance. Rekluse had reached the point where their end users were seeking specific oil recommendations. Realizing the opportunity for growth and product expansion, Rekluse decided to provide options for their own customers, rather than point them in a different direction. Their oil line was years in the making.

On the development side, Rekluse product specialists and engineers spent the past year working on formulations based off extensive racing knowledge. Rekluse Factory Formulated Oil wasn’t just borne out of opportunity. It was instead a logical progression of the company’s interest in advancing clutch performance.

There are dozens of oil companies on the market. What sets Rekluse Factory Formulated Oil apart? They took a multi-pronged approach to providing high stability, reducing heat, and bolstering clutch performance in creating their proprietary engine oil. Austin Paden, Rekluse Product Manager/Race Development, explains, “We wanted something that focused on the clutch system and was also an excellent engine oil. Our goal was to provide our customers with oil that was going to have high stability. The most stable oils are full synthetic, so with that in mind, we worked to create a full synthetic oil that could provide really good clutch performance. There’s a stigma out there that full synthetic oils cause more clutch slip than non-synthetic oils. That may have been true in earlier years of synthetics being introduced in the motorcycle market. These days, with different additive packages, you can find full synthetic oils that perform well. These new oils don’t create clutch slip; instead, they can actually reduce slip.”

Gearheads often focus on horsepower numbers when determining the quality of engine oil. Additives cause engine internals to spin more freely, thus reducing drag. The downside is that those same additives can increase clutch slip. Rekluse’s perspective is if you’re creating more horsepower, but at the expense of clutch slip, then you’re not transferring horsepower to the rear wheel. Thus, Rekluse toed the line by offering a high-grade engine oil that improves clutch performance.

Heat is an important factor in clutch operation. You probably know a fellow rider who abuses their clutch to the point that the motorcycle loses drive or stops moving altogether. The bike may emit a smell from burned oil and fried clutch plates. Rekluse was able to create a formulation that reduces heat and extends clutch life. Modulation, or feel at the lever, is another integral part of measuring clutch performance. The team at Rekluse developed the fully synthetic oil to enhance the clutch feel to the lever and reduce clutch fade. Lastly, they focused on creating an oil that makes shifting smoother. These are all characteristics that result in a noticeable difference in clutch performance.

Rekluse does a remarkable job of testing their products from concept through to completion, meaning they don’t simply develop a product in the lab and blindly take it to market. They used wide range of riders and professional racers, including Rekluse R&D Product Analyst and 1999 National Hare & Hound Champion, Brian Brown, to test products throughout the R&D process. Also, during field testing, they used several different bikes, both V-Twin and off-road, to get a good baseline in order to figure out which oil formulas Rekluse should offer to the market.

Paden explains various stages of development, “We went through a lot of baseline testing at our facility. We used all our standard methods for testing clutches to find the best product. We spent a lot of time running oil in our friction tester. We have a spin fixture that tests the fiber plates, turning plates at different rpm rates while adding heat. We ran cycles with oils, checking the friction coefficient at various levels after different run times. We performed other tests based around general friction coefficient and using foot-pound torque measurements off the main shaft.”

Interested in checking out Rekluse clutches? See all your options here!

Without getting too technical (an entire article could be written specifically on this area), viscosity is essentially the measure of resistance of the oil’s flow. Due to different operation temperatures as a result to engine dynamics, Rekluse developed formulas specific to four-strokes, two-strokes, and the V-twin market. Four-stroke users have the choice of 10W-40 or 20W-50.

Rekluse made waves when they introduced their two-stroke oil viscosity, which is a 20W-50. Paden explains, “People may be wondering why we are recommending a dual-weight oil for two-strokes. A lot of people like to use straight-weight oil. We felt like the dual weight oil performed quite a bit better. Looking at comparisons of what’s considered a straight weight and dual weight oil, a dual weight oil can actually be considerably closer to 85 weight straight weight transmission oil. It’s how you look at the different information.”

Factory Formulated Oil is also available to the V-twin primary market in a 20W-50 viscosity. The oil improves power transfer through the clutch, increases clutch life, and aids in shifting. Regardless of the engine configuration, Rekluse has a product that enhances the performance of the clutch system.

While Rekluse branding is on the outside of every one-liter bottle, that doesn’t mean that this oil can only be used by Rekluse clutch owners. Rekluse tested and developed their oil to work with all wet clutch applications, including OEM/stock and aftermarket clutch options.

In the past, Rekluse recommended multiple different oils to their customers. At one time they suggested using Delo 400, and more recently, Rotella. However, oil formulations have changed over the years. Based on customer and racing feedback on the performance of certain products, Rekluse shifted its guidance on oil. Austin Paden shared, “a lot of people don’t realize that diesel engine oils changed their formulas in recent years due to evolving emissions standards. The recent additives to the oil haven’t been good for the clutch and have generally caused in increase in clutch slippage.”

Rekluse Factory Formulated Oil meets JASO-MA2 standards, which is the best possible standard for clutch performance. It also has an API SL service category, meaning that it is a high-quality engine oil, as well.

You can pick up a bottle of Factory Formulated Oil at many local dealerships, or through www.rekluse.com. 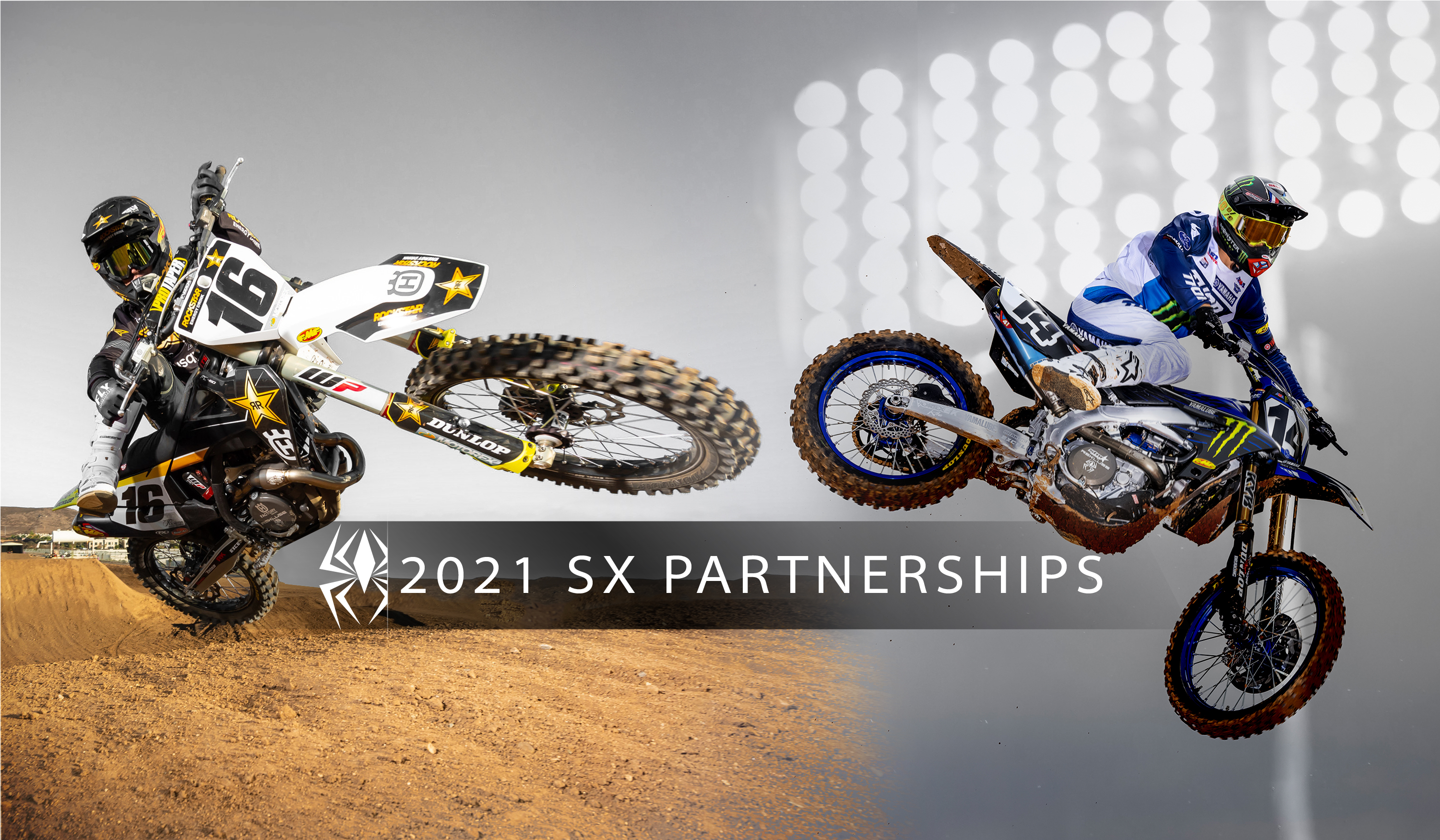