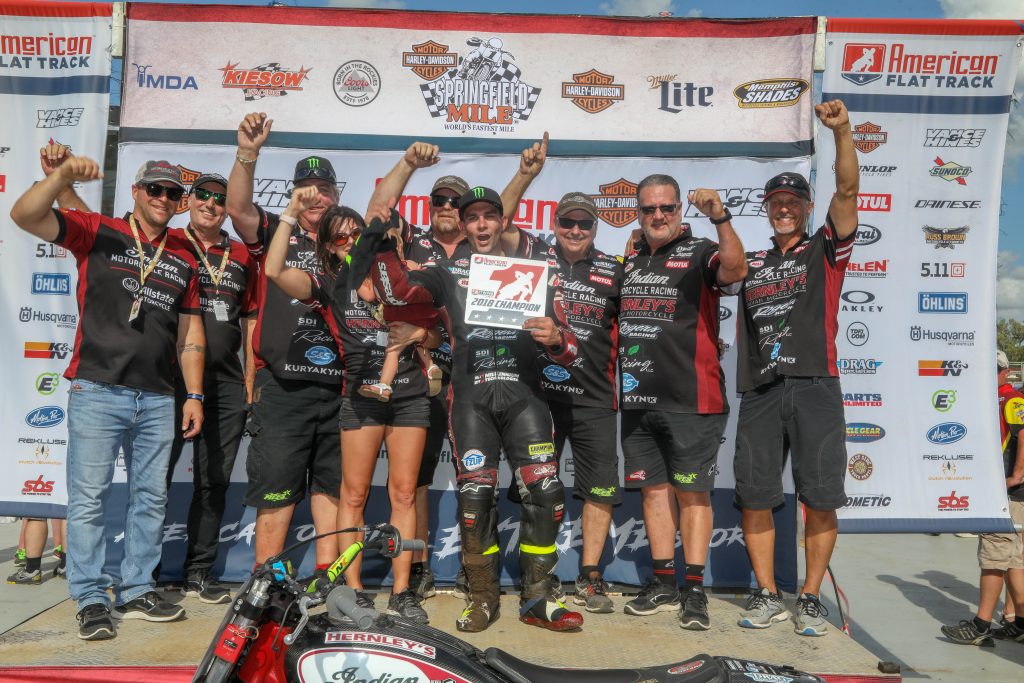 Jared Mees secured his 5th American Flat Track championship at the 100th running of the Harley-Davidson Springfield Mile this weekend. Mees had a race-long battle with fellow Indian Motorcycle Wrecking Crew members Bryan Smith and Jeffrey Carver Jr., eventually crossing the finish line in 2nd place, just 0.013 seconds behind Smith. Mees took his TORQDRIVE EQUIPPED Indian Scout FTR750 to 10 wins this year, including 4 of the 5 Miles, allowing him to wrap up the championship with three rounds remaining.

Rekluse President, Sean Brown, said “This championship is another successful chapter in our long history with Jared. Becoming the official clutch of American Flat Track has greatly aided our expansion into the world of street bikes, motivating and pushing us to make better clutches, no matter the motorcycle or racing discipline. Congratulations to Jared and the whole Indian Motorcycle Rogers Racing Team, and we look forward to pursuing more championships together in the future.”