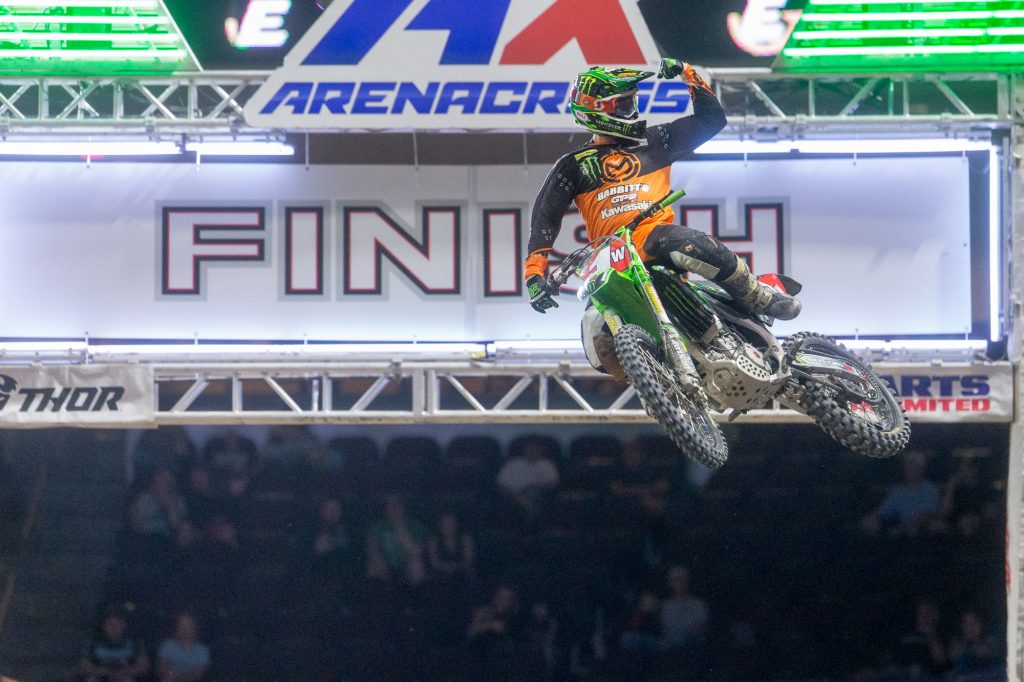 The final round of the 2018 AMSOIL AMA Arenacross season was last weekend in Las Vegas. By the end of the night, Team Babbitt’s/Monster Energy/Kawasaki secured two championships.

Jacob Hayes earned the 250AX championship with 2-1 finishes in the two motos aboard his CORE MANUAL TORQDRIVE EQUIPPED KX250F. This round’s win was Hayes’ tenth win of the season, and the eighth Arenacross title in nine years for the Team Babbitt’s/Monster Energy/Kawasaki team.

Ryan Breece won his second consecutive 250AX Lites West championship in flawless fashion. He was the top qualifier, won his heat race, and won the Main Event. He finished the season 18 points ahead of 2nd place.

“This was a great season for all our teams and riders, and we’re thrilled to have been a part of it,” said Rekluse Race Program Manager Austin Paden. “It’s an honor to help a team achieve their championship goals. Winning two championships in one night is a great feeling. We’re looking forward to continuing to support all our partners in seasons to come.”