Since its founding in 2002, Rekluse has been a supporter of off-road racing, from GNCC to NEPG. From the beginning, it has been the company philosophy to deliver the best products to customers. To accomplish that, Rekluse partnered with racers who would put products to the ultimate test. Auto clutch technology naturally lent itself well to off-road racing and was quickly adopted by that community of racers.

Following success in off-road racing, the Rekluse team set its sights on competing at the highest levels of Supercross and Motocross.  In 2012, with a goal of winning a championship with a factory level race team, Rekluse engineers took the company’s manual clutch technology to the next level. The company released Core Manual TorqDrive which integrated industry leading oil flow features and the first ever friction disk with a steel core. This new product gained momentum with the Supercross and Motocross community, offering the performance and durability the riders needed. Early partners included Todd Hansen of HRT Honda, Munn Racing KTM, Jimmy Albertson, Matt Lemoine, Ryan and Justin “Pooh” Sipes, as well as The Privateer Journey. 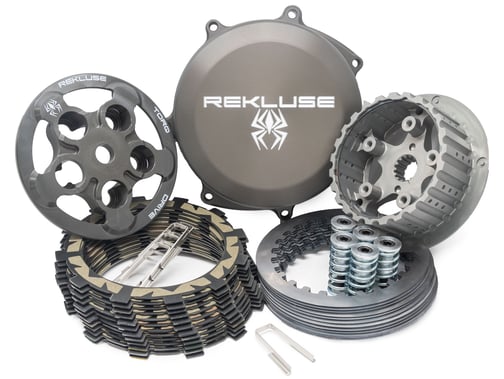 In the offseason of 2015, continuing their pursuit of a factory level partnership, Rekluse had the opportunity to test with Star Racing Yamaha. Rekluse set out to demonstrate their technology could provide performance and durability advantages for the team. After testing, Star's test riders unanimously selected Core Manual TorqDrive and Rekluse as their new technical clutch partner.

In the first year of the new partnership, Star experienced a notable improvement in clutch durability and performance. As a factory team, Star Racing Yamaha was looking for advantages in their highly competitive discipline. The riders reported significant advantages on starts, in the whoops section and overall power transfer throughout the track. Continued testing throughout the season ensured that each rider had the best setup possible, culminating in Cooper Webb winning the 2016 250SX West and 250MX championships. Rekluse's original goal of a Factory championship had been met, but they remained driven to win with an auto clutch. 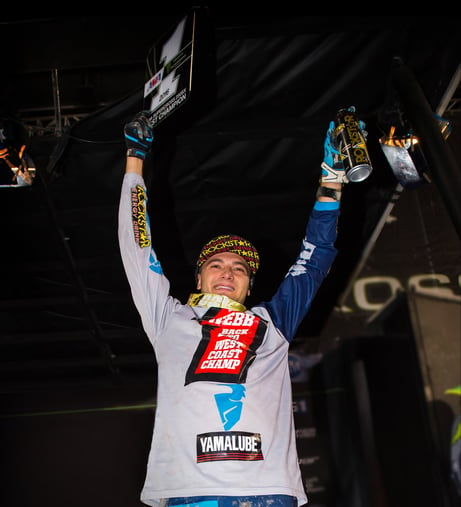 In 2019, Yamaha introduced a new YZ250F, which included a new clutch configuration. Throughout the 2018 season, Rekluse developed Core Manual TorqDrive for the new bike in partnership with Star Racing. When the new bikes hit the track, they immediately proved they were podium-ready.

The 2019 Supercross season had an abnormally high number of wet, rainy, muddy races. This led to curiosity about the benefits of an auto clutch for Supercross/Motocross applications. Because of the technology's proven history in off-road racing, team manager Brad Hoffman was convinced an auto clutch would make an excellent addition to the team's mud race package. Riders such as Dylan Ferrandis were hard on clutches in the mud due to their riding style, and Brad hoped to change that.

Brad's idea was put to the test by team test rider and manager Wil Hahn. Initially the testing was for a mud race solution, but based on feedback from Wil and other riders, the team felt there were advantages to the clutch that would be beneficial for all conditions. Because the team regularly practices reduced clutch lever use, RadiusCX was an easy tool to implement to help train riders. As training and testing progressed, the team saw more and more advantages to running an auto clutch.

Going into the first round of the 2019 Lucas Oil Pro Motocross season at Hangtown, 1 of the team's 4 riders (Colt Nichols) chose to run RadiusCX. After media and press day, Dylan Ferrandis (2019 250SX West Champion) also decided he wanted to run the auto clutch. It was a great round for the team; Justin Cooper took 2nd, Colt Nichols was 3rd, and Dylan Ferrandis came in 4th.

As the season continued, more of the team's riders opted to switch to auto. Star Racing’s Engine Builder, Jeremy Coker, said “On the technical side of things, the durability on these clutch systems is unbelievable. Auto clutch advantages are [reduced] clutch wear and not stalling all while acting just like a manual clutch. You have those two major advantages without losing anything.”

Core Manual TorqDrive remains a high performing product for the team and is used by Justin Cooper out of personal preference. The other riders sought the RadiusCX benefits, such as reduced clutch use, no concern of stalling, and improved performance off the starting gate.

After running RadiusCX for the whole season, Dylan Ferrandis put an auto clutch on the top step of a Pro Motocross podium for the first time with his stellar 1-1 performance at RedBud, going the entire weekend on one clutch pack. He was joined on the podium by Justin Cooper, who finished 3rd.

Ferrandis and Cooper on the RedBud podium - Courtesy of Octopi Media

On behalf of Rekluse, Product Manager Austin Paden shared, “The team using the full arsenal of Rekluse products, both auto and manual clutch technology, is the culmination of a longstanding partnership. The Rekluse team has always been committed to engineering and manufacturing the best technology for our partners. Getting our first Pro Motocross overall win with RadiusCX is a milestone achievement for us. The Rekluse team is proud to support Star Racing and looks forward to many more wins together.”

For more information on the products mentioned in this article visit: